In Europe, with us or without us - the fate of the excluded and foreign

In Europe... with or without us

The project "In Europe, with us or without us - the fate of the excluded and foreign" takes action on behalf of various disadvantaged groups, including seniors, women in difficult situation, victims of all kinds of violence, people with educational disabilities, migrants (with particular emphasis on the fate of women), opposing their discrimination. Four partner meetings are planned, including two of 5 training days, during which attendees – educators from partner countries of this project – will gain knowledge about three specific methods (biographical narrative interview, biographical conversation, drama). These new skills will be used to diagnose problems and attempt to resolve them, and the first step in this direction will be developing profiles of adults of various ages (25 + / 60 +) with the disadvantaged environments. In each country, several interviews and biographical interviews with representatives of our target groups will be conducted, and their fate will be visualized using drama techniques. The following questions will be raised in interviews: we will ask "natives" what is their willingness to accept "strangers", what knowledge they have about the problem of migration and refugees, what is their political consciousness, what are their stereotypes on this subject, and whether they would like to find themselves in the situation of migrants in their own country. Other questions raised will concern the problem of Euro-orphanage, namely the effect of migration of parents and raising children by grandparents. On the other hand, we get to know what have been and are the expectations of migrants related to the new destination, and whether they have been met, what was the reason for emigration, how they made a choice of their destination and what was their knowledge of the social, geographical and cultural circumstances in the destination country. The project is aimed at education staff and instructors of the European institutions participating in the project, and a group of learners associated with these institutions, and to the people from the groups vulnerable to marginalization. The overriding objective of our project is to improve the quality of education and long-life learning. However, an equally important goal is to encourage the public to reflect on such notions as: hatred, respect, mercy and love, and build a dialogue between people, so that they talk to each other, and are curious about each other. The project also has the task of eliminating the fear of foreign, of a stranger, in front of a migrant. The project follows the guidelines of the "Strategy 2020" and the 2020 strategy for the Lodz region. Valuable result, also long-term, is the development of cooperation and exchange of experiences of organizations from the partner countries in the field of action for the integration and inclusion of people at risk of exclusion, through which educators increase their qualifications as well as gain new skills, psychological, interpersonal and methodical, necessary to work with their "wards". The project will facilitate an understanding of current events, mechanisms and social problems, faced to varying degrees by all European countries, among others, one of the most dramatic and complex phenomenon of modern times, namely the migration crisis. A lasting result of the project will also be: a generally available web page of the project, pages of partner organizations, links to the project on pages of other organizations working against discrimination and exclusion, e-brochure with descriptions of methods and results of the project in English and the national languages of partner organizations.

Here we present final result of our project which is a brochure with some best practice.​

Next Meetup
About
Organizers 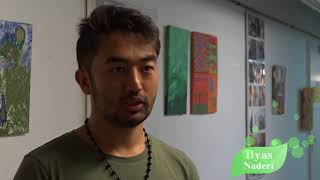 Video from our workshops

Here we present video material from LTT meeting in Vienna. The second part of the training session in Vienna took place in the Refugee...

Story no. 2 Skopje 1999, news hit that there is a huge number of Kosovo citizens at the Kosovo-Macedonia border who await entrance to our...

Interview no. 3: The life story of an abused woman

The life story of an abused woman Xhemal, a young man from Arachinovo, (a village near Skopje, where lives a population with Albanian...

Interview no. 2: 33 – years old Macedonian woman married to a Bulgarian

33 – years old Macedonian woman married to a Bulgarian. She was in Bulgaria 10 years ago and studied arts at private university but she...

Interviews with migrants, no.1: Elina Rodowicz

From now we will are presenting some of interviews with migrants. We wanted to know their expectations and their histories according to...

Logotype of the project

We have logotype. It was designed by Macedonian partner :) We like it very much :) Tym razem pokazujemy oficjalne logo projektu, którego...

We have just started with new project and now we want to show you our new information and dissemination materials. These come from...
Past Events

This project has been funded with support from the European Commission. This publication [communication] reflects the views only of the author, and the Commission cannot be held responsible for any use which may be made of the information contained therein.